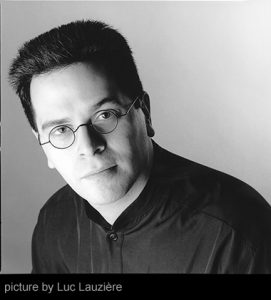 A household name in the worlds of Gothic, romantic and fetish photography, Darkfairies’s Stéphane Lord is all about elegant introspection. This philosophy can be said about both the artist and his models. The dreamy, eccentric, elegant creatures we admire in his images…

Based in Montreal, Canada, he got his official start in 1995, thanks to his very first model who hailed from the Gothic Rock scene. She inspired him enough to give him the energy and enthusiasm to solely focus on photography, which he studied extensively (the lack of opportunities in the past almost made him stop for several years).

A notorious Anglophile, he’s been travelling on a regular basis to the UK since more than 30 years. The landscapes of Old England and London are a huge part of his inspiration, along with the Medieval, Victorian and Pre-Raphaelite eras.

Although Lord is known for his affiliation with the Gothic Rock scene and its aesthetics, he also enjoys working on other passions such as mythology and fairies.